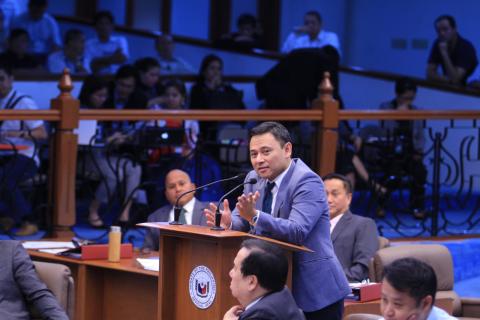 Government employees and officials will receive increases in their salaries on January 1 next year once Congress approves the final version of the Salary Standardization Law 5 (SSL-5) within the week, Senator Sonny Angara said today.

The Senate approved on third and final reading Senate Bill 1219 with a vote of 21-0-1, shortly after the House of Representatives passed its own version of the SSL-5. Minority Leader Franklin Drilon was the lone senator who abstained from voting on the measure.

A total of P130.45 billion would be needed to implement the four tranches of the SSL-5, with P33.16 billion as the funding requirement for 2020.

Angara, the chairman of the Committee on Finance, said funding for the first tranche of the SSL-5 is already provided under the P4.1 trillion national budget.

“We are increasing the salaries of our civil servants in response to the continued hike in daily expenses such as food, transportation and even the education of their children. By hiking their salaries, we not only give them some breathing room as far as their finances is concerned, but we are also motivating them to work even harder in their respective jobs,” Angara said.

Angara noted that the biggest increases would apply to employees belonging to the Salary Grades 10 to 16 bracket or the professionals, who comprise the bulk of the bureaucracy.

For instance, the Teacher 1 to Teacher 3 positions would see increases in their salaries ranging from 24% to 30.7% from the first to fourth tranches of the SSL-5.

The lowest increases would apply to the middle managers, executives and the top officials of the country or from SG 25 to 33, at a mere eight percent.

Angara explained that the executives were already covered by significant increases in the previous round of salary increases or SSL-4 so for the SSL-5, the decision was to focus on the employees in the middle.

Under the Constitution, the salaries of the President and Vice President will remain the same and whatever increases is provided by the new law will only be enjoyed after their terms. The same applies to the incumbent members of Congress.

“This means that only the newly-elected members of the Senate and the House of Representatives in 2022 will be able to enjoy the new salary rates under SSL-5,” Angara said.

For the employees with Salary Grades 1 to 10 or the sub-professional levels, the increases in the pay will be from 17.5% to 20.5% over four years.