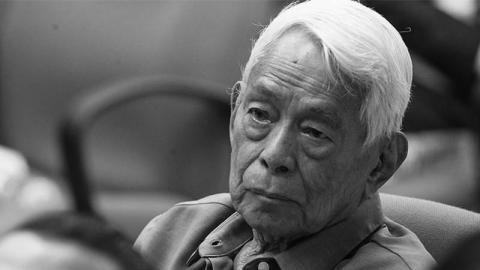 Senator Nene  was a Filipino who did not go gently into the night – whether it was during Martial Law  or after  he retired  from the Senate.

Whether it was a cry for freedom or a call for brave new laws, his was an influential voice in the public space  which contributed immensely in making our country better .

Never the bullhorn of the powerful, he instead lent his big voice to  the  small people . That has been the story of his life – an advocate for the down and out, a champion of the powerless and the persecuted.

But he was as good in opposing abuses as he was in proposing solutions to the problems of the state.

He authored many laws which  became disruptors for the greater good, like giving powers to the local government, land to the tiller,  and military bases to their rightful owner.

Senator Nene was the lawmaker’s lawmaker, both in intelligence to craft or critique laws and the discipline to consistently do it.

He was also a gentleman of the old school, where political differences are not allowed get in the way of real friendship."