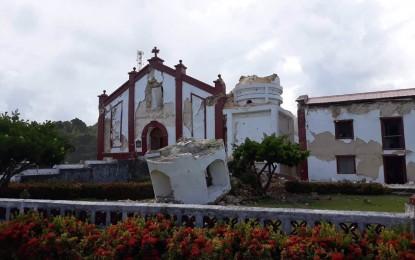 Yesterday’s Batanes earthquake presents three challenges, which should be addressed during the debates on the bill creating a Department of Disaster Resilience (DDR), its author, Senator Sonny Angara, pointed out today.

“One is the creation of our national fleet of disaster response ships. It is a must in an archipelagic country like ours,” Angara said.

“Hindi lang para dun sa mga isla.  Kahit doon sa may airport at naaabot ng kalsada. But when airports are damaged and roads are blocked the only way to bringing help to victims is by sea, Angara said.

Ships, he said, can carry more relief goods and rescue personnel than airplanes or trucks. “They can even carry vehicles. And they can serve as a floating clinics, rescue command centers, and public kitchens.”

Angara said another gap in the disaster response system which must be closed is the absence of a localized emergency text system.

“May batas tayo sa mandatory disaster text alerts.  Pero so far, mukhang sa Metro Manila lang ito applied. And the response time needs to be improved. But what about earthquakes in Surigao or in Batanes? Is there a protocol in place on how and when the text alerts will be sent out?” Angara said.

Under Section 4 of Republic Act 10639 or the Free Mobile Disaster Alerts Act, “In the event of an impending tropical storm, typhoon, tsunami, or other calamities, mobile phone service providers are mandated to send out alerts at regular intervals.”

The alerts shall include contact information of local government units and other agencies required to respond to the situation. The alerts may contain other relevant information such as, but not limited to, evacuation areas, relief sites and pick-up points.

Noting that natural disasters often damage heritage and historical sites, how they can be covered by state-funded reconstruction work must also be studied, Angara said.

Angara said the church buildings in the national registry of historical sites are not state-owned.  “The question is when they are damaged during a calamity what should be the rules in extending assistance in rebuilding them?”

He said provisions addressing such concerns may or may not be included in the Department of Disaster Resilience bill.

“Baka yung iba pwede na through administrative action. But the debates will be a good opportunity to discuss these.”

In his fourth State of the Nation Address last Monday, President Duterte called on Congress to immediately pass a DDR law.

Angara has filed Senate Bill 331, calling for the creation of the DDR, which will serve as the lead agency in the crafting and implementation of plans and programs on disaster risk reduction, preparedness and response.

The DDR will be given broad powers under the law, including taking over private utilities or businesses temporarily when there is imminent danger of loss of lives and damage to property.

It will also have the power to implement forced evacuations if the local government units concerned fail to act during emergency situations.

Angara said the people and the province of Batanes must be extended national government aid drawn from this year's P20 billion National Disaster and Risk Reduction Management Fund or Calamity Fund in the national budget.