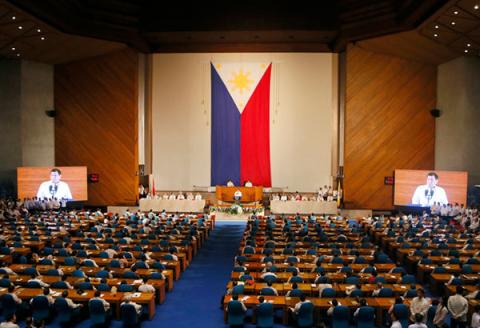 Senator Sonny Angara is looking forward to hearing the administration’s plans for all the sectors affected by the COVID-19 pandemic in President Rodrigo Duterte’s fifth State of the Nation Address this coming Monday.

With no end in sight with regard to the pandemic, Angara said it would be interesting to hear the government’s roadmap for the rest of the year and the year ahead.

“As we open up from various stages of quarantine I would like to hear more on the new normal or next normal in terms of our children’s education since we have over 20 million  of our children in schools,” Angara said.

The Department of Education has set the opening of classes on August 24, 2020 with a mix of face-to-face and distance learning.

There will be limited face-to-face classes in areas deemed as low-risk for COVID-19 and in schools that are able to meet the minimum health standards.

For these limited face-to-face classes, Angara said the DepEd should proceed with extreme caution because based on the experiences of countries such as China and France, which opened up their schools too soon, “there was a second wave and the schools were one of the super spreaders of the virus.”

Angara aired his support to distance or hybrid types of learning, but said that the government must do its part to ensure that the entire student population has access to all the digital tools needed and that reliable internet access is available in all areas of the country.

On the health front, Angara said he wants to hear the President’s plans on how to improve on what is already being done by the Department of Health and other relevant agencies.

“I would also like to hear if we have improved (or plan to improve) our health systems to have better testing, contact tracing and quarantine facilities nationwide,” Angara said.

Angara noted that testing for COVID-19 has already shown improvements but it is on the contact tracing front where a lot more work needs to be done.

“I think it is something we don’t do very well yet—to trace and to limit the spread of COVID. This should all be done in real time so that government is able to react faster. They can contact certain people and make sure they are isolated in quarantine,” he said.

With regard to labor, Angara said there should be a concrete plan on how to save jobs amidst the impact of the pandemic on businesses.

“I want to hear how government can help those  in the informal sector, employees of badly affected businesses and in poorer areas/regions. Bold steps would go a long way in restoring hope and optimism going forward,” Angara said.

As chairman of the Committee on Finance, Angara said the proposed Bayanihan to Recover as One Act or Bayanihan 2 is ready for approval on third reading.

Just like Republic Act 11469 or the Bayanihan to Heal as One Act, Bayanihan 2 will provide the President the flexibility to realign funds in budgets of different agencies for the government’s COVID-19 response.

A total of P140 billion will be allocated for the fiscal stimulus and relief package under Bayanihan 2. (30)

INCOMING DBM SECRETARY NI PBBM, HIGHLY-QUALIFED, MAY MAIPAGMAMALAKING TRACK-RECORD -- ANGARA
Statement of Sen. Sonny Angara on the Appointment of Amenah Pangandaman as DBM Secretary
PDIC charter amendments for a stronger and more resilient banking system—Angara
Kaugnay sa muling paglobo ng COVID cases sa bansa: “MAGPABAKUNA, SUMUNOD SA HEALTH PROTOCOLS AT PATULOY NA PAG-INGATAN ANG KALUSUGAN” - ANGARA
Statement of Committee on Finance Chairman, Sen. Sonny Angara on the signing of the 2022 GAA
Angara reminds PhilHealth of their obligations to the public
Angara: Don’t let vaccines go to waste-- Allow booster shots for private sector workers
Threat of Omicron highlights need to improve biosurveillance and genome sequencing capabilities—Angara
SEN. ANGARA ON THE THREAT OF HOSPITALS TO WITHDRAW FROM PHILHEALTH SYSTEM BECAUSE OF DELAYED REIMBURSMENTS OF CLAIMS:
Angara: Decline in COVID cases should not result in complacency
Angara: Go the extra mile to vaccinate our senior citizens
Angara to DOLE: Targeted interventions needed to ensure no one is left behind
It’s about time to rebuild the homes of the people of Marawi—Angara
Angara: Benefits for health workers should continue while the COVID pandemic is in place
Angara urges youth impacted by COVID to avail of jobs under the Expanded SPES Law
Angara: The national budget must be able to keep pace with COVID-19
Angara hopes to finally see the passage of the Magna Carta of Filipino Seafarers
Angara: Move towards digital payments welcome to all sectors
Angara tells DOH to speed up hiring of doctors and nurses for public hospitals
Angara to DOH: Provide health workers with hazard allowance as mandated by law
END_OF_DOCUMENT_TOKEN_TO_BE_REPLACED