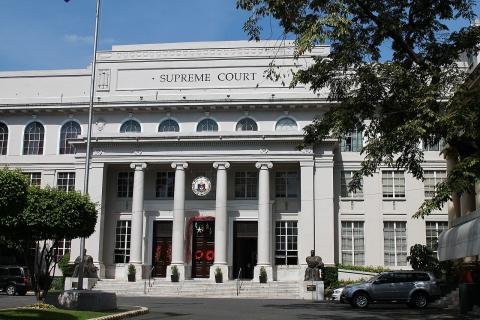 Senator Sonny Angara welcomed the announcement of the Supreme Court on the creation of 50 judges-at-large posts as a significant step towards providing swift justice in the country.

Angara, the principal author of Republic Act 11459 or the Judges-at-Large Act, said the implementation of the law will help ensure that justice is served swiftly by freeing up the courts of its dockets.

“Our justice system has long been criticized for being excruciatingly slow. The huge caseload of the courts has resulted in the slow disposition of cases, to the detriment of both the victims of crimes, as well as the accused, many of who are innocent but are deprived of their liberty,” Angara said.

“For the victims of crimes and their families, the long wait for the resolution of cases adds to the emotional and financial burden that they have to bear on top of the pain they already experienced. For the accused who are innocent, the fact that they are deprived of their liberty is an injustice to them. This is why we want cases to be resolved expeditiously,” Angara added.

Earlier this week, the Supreme Court announced the creation of 50 judges-at-large posts—30 for the RTCs and 20 for the MTCs in partial implementation of RA 11459.

“This is the first step towards our objective of decongesting the courts of its dockets. Eventually, the law will be implemented in full and we will have more judges to handle the cases that have piled up in our courts,” Angara said.

The 2020 General Appropriations Act, which is scheduled to be signed by the President tomorrow, contains a P2.5 billion augmentation of the budget of the judiciary for the creation of new positions in the Supreme Court and the lower courts; the repair and maintenance of halls of justice nationwide; the hiring of decongestion officers; hazard pay of judges; and to fund the 50 judges-at-large posts.

This will also fund the construction of an office building of the Sandiganbayan and the operating expenses of the Court of Appeals and Court of Tax Appeals.

INCOMING DBM SECRETARY NI PBBM, HIGHLY-QUALIFED, MAY MAIPAGMAMALAKING TRACK-RECORD -- ANGARA
Statement of Sen. Sonny Angara on the Appointment of Amenah Pangandaman as DBM Secretary
PDIC charter amendments for a stronger and more resilient banking system—Angara
Kaugnay sa muling paglobo ng COVID cases sa bansa: “MAGPABAKUNA, SUMUNOD SA HEALTH PROTOCOLS AT PATULOY NA PAG-INGATAN ANG KALUSUGAN” - ANGARA
Statement of Committee on Finance Chairman, Sen. Sonny Angara on the signing of the 2022 GAA
Angara reminds PhilHealth of their obligations to the public
Angara: Don’t let vaccines go to waste-- Allow booster shots for private sector workers
Threat of Omicron highlights need to improve biosurveillance and genome sequencing capabilities—Angara
SEN. ANGARA ON THE THREAT OF HOSPITALS TO WITHDRAW FROM PHILHEALTH SYSTEM BECAUSE OF DELAYED REIMBURSMENTS OF CLAIMS:
Angara: Decline in COVID cases should not result in complacency
Angara: Go the extra mile to vaccinate our senior citizens
Angara to DOLE: Targeted interventions needed to ensure no one is left behind
It’s about time to rebuild the homes of the people of Marawi—Angara
Angara: Benefits for health workers should continue while the COVID pandemic is in place
Angara urges youth impacted by COVID to avail of jobs under the Expanded SPES Law
Angara: The national budget must be able to keep pace with COVID-19
Angara hopes to finally see the passage of the Magna Carta of Filipino Seafarers
Angara: Move towards digital payments welcome to all sectors
Angara tells DOH to speed up hiring of doctors and nurses for public hospitals
Angara to DOH: Provide health workers with hazard allowance as mandated by law
END_OF_DOCUMENT_TOKEN_TO_BE_REPLACED