Senator Sonny Angara has secured the backing of two powerful political clans in the vote-rich Cavite province to seek another six-year term in the Senate.

The lawmaker, who is running under the platform “Alagang Angara,” is one of the preferred senatorial candidates in the May 13 midterm election based on various pre-election surveys, landing in the top 2 to top 5 spot.

Angara was in Cavite on Wednesday on the invitation of the influential Remulla and Revilla families to attend various activities and events organized by the provincial government.

Reelectionist Senator Sonny Angara said the government should step up efforts to create more and better local jobs to end forced migration that has separated millions of families for decades, while genuinely promoting and protecting the welfare of Filipino workers overseas until they are ready to return home. 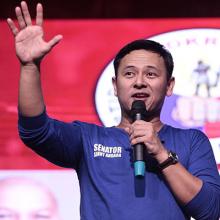 Reelectionist Senator Sonny Angara said the government needs to roll out more measures in support of Filipino organic farmers to help the sector survive and deliver on its promises of environmental safety, health benefits and agricultural sustainability. 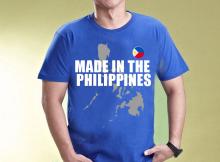 Reelectionist Senator Sonny Angara said the government should look for ways to attract investments that will create higher-paying jobs to encourage Filipinos to stay and work in the country.

“It’s not enough that we create just more jobs, we need to create better jobs so we can prevent our countrymen from leaving the Philippines to work abroad,” Angara said.

Angara said the government may consider launching a new “Made-in-the-Philippines” campaign, which would make use of the country’s unique competitive advantage in the services sector. 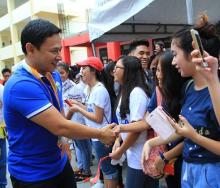 Reelectionist Senator Sonny Angara is urging the government to put in place measures that would create more jobs and increase productivity in the agriculture sector to encourage young people to venture into farming.

Reelectionist Senator Sonny Angara is seeking wide-ranging reforms in the water sector to ensure the availability of the precious resource across the country at all times in the wake of the water shortage in most parts of Metro Manila and Rizal province that has exposed the lack of a master plan to ensure proper water management and governance. 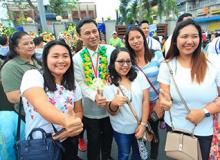 “Employers should never hire new employees based on their gender, much more if the intention is to evade payment of maternity benefits. Such practice is not only unfair; it is also illegal,” said Angara, co-author and sponsor of Republic Act 11210 which extends the paid maternity leave to 105 days from 60.

ANGARA: ENFORCE LAW ON RAIN WATER COLLECTION IN EVERY BARANGAY

Reelectionist Senator Sonny Angara called for the full implementation of a 30-year-old law mandating the establishment of rainwater harvesting system in all barangays nationwide in the wake of the water shortage that could go beyond Metro Manila and Rizal province.

Angara was referring to Republic Act 6716, also known as the Rainwater Collector and Springs Development Act of 1989, which requires the construction of rainwater collectors in every barangay to prevent flooding and ensure the continuous provision of clean water during dry seasons.

Senator Loren Legarda, a topnother in at least two senatorial elections, has endorsed the reelection bid of Senator Sonny Angara in a video message in which she praised him for pushing numerous laws proved beneficial to every member of the Filipino family.

Legarda, who is now running as congressional representative of the lone district of Antique, said Angara authored more than 180 laws, including the Free College Education Law, Free Kindergarten Law, and the Universal Health Care (UHC) Act.