Angara reminds authorities: Movement of seniors is allowed for essential goods and services 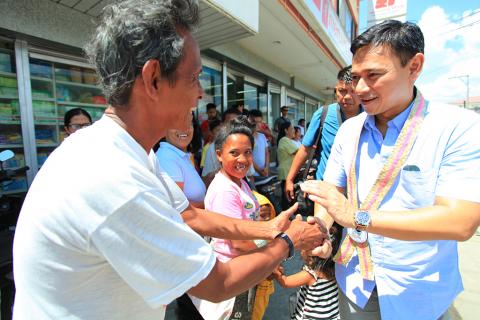 Following reports of senior citizens facing difficulty in their movement under the general community quarantine, Senator Sonny Angara reminded the authorities that they are allowed outside of their homes to obtain essential goods and services.

“The guidelines for areas under GCQ are very clear. Senior citizens and persons below 21 years of age, while required to continue staying inside their homes, are allowed to go out to buy essential goods like food and medicine and to obtain essential services,” Angara said.

Based on what has been reported on the first day of GCQ for Metro Manila, Cebu City and Mandaue City, Angara noted that the issues faced by seniors who went out of their homes appears to be related to the interpretation of essential services.

There were seniors who went out to collect their pensions and needed to take public transport such as the MRT-3 and LRT lines but were prevented from boarding, “because of IATF rules.”

An elderly woman in Quezon City had to walk for hours because of the absence of jeeps and other modes of public transport and when she finally arrived at the MRT-3 station, she was reportedly turned away because seniors were not allowed to travel.

Angara noted how the issue of easing restrictions on movement of seniors was brought up before and settled already considering that many of them live alone and have to buy their own food and medicine and a significant number are also still very productive members of society, meaning, they still have to go to work.

Republic Act 7432 or the Senior Citizen’s Act of 1992 was authored by Angara’s father, the late former Senate President Edgardo Angara and has since been referred to as the Angara Law.

The younger Angara was among the authors of Republic Act 9994 or the Expanded Senior Citizen’s Act of 2010, which provided more benefits and privileges to the country’s elderly.