Consider the welfare of workers in addressing COVID-19-- Angara 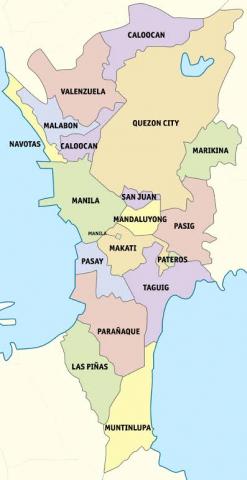 Senator Sonny Angara called on the concerned government agencies to immediately clarify the reports about mall closures during the one month community quarantine period for Metro Manila considering the impact this will have on hundreds of thousands of employees.

“While we understand the need to act swiftly and decisively when it comes to controlling the spread of COVID-19 in the country, we should also consider the impacts of these actions on the public, particularly those who rely on daily wages to make ends meet,” Angara said.

Angara aired his concern about the reported mall closures, which would have a profound effect on the lives of an estimated 700,000 employees, especially the sales clerks.

This early, Angara is asking the Department of Labor and Employment (DOLE) to provide all available remedies to the situation being faced by the employees affected by the outbreak of the disease in the country.

Under the 2020 General Appropriations Act, Angara noted that DOLE has P6.787 billion for the Tulong Panghanapbuhay sa Ating Disadvantaged/Displaced Workers or TUPAD and P112.618 million for its Adjustment Measures Program (AMP).

TUPAD is a community-based package of assistance that provides emergency employment for displaced workers, underemployed and seasonal workers, for a minimum period of 10 days, but not to exceed a maximum of 30 days, depending on the nature of work to be performed.

The AMP, on the other hand, provides displaced workers with a package of assistance and interventions, including financial aid, employment facilitation and training and livelihood.

“This is a good time as any for DOLE to use that budget for emergency employment for our kababayans whose livelihood opportunities will suffer,” Angara said.

In his address to the nation last Thursday night, President Duterte said a National Capital Region-wide community quarantine is being implemented to prevent the further spread of COVID-19 in the country.

While schools and work in government will be suspended, the President encouraged all manufacturing, retail and service establishments to continue operating.

DOLE, in its Labor Advisory No. 11 issued last March 14, 2020, reiterated the President’s pronouncement, saying : “All manufacturing, retail and service establishments are advised to remain in operation during the community quarantine period.”

Earlier, Angara called on the DOLE and Department of Trade and Industry to conduct an inventory of all the companies that are being affected by COVID-19 and see what can be done to assist them in surviving the effects of the pandemic.

The pandemic has led to a global slowdown in economic activity and consequently, several multinational firms have implemented cost-cutting measures such as mass lay-offs or retrenchments.

INCOMING DBM SECRETARY NI PBBM, HIGHLY-QUALIFED, MAY MAIPAGMAMALAKING TRACK-RECORD -- ANGARA
Statement of Sen. Sonny Angara on the Appointment of Amenah Pangandaman as DBM Secretary
PDIC charter amendments for a stronger and more resilient banking system—Angara
Kaugnay sa muling paglobo ng COVID cases sa bansa: “MAGPABAKUNA, SUMUNOD SA HEALTH PROTOCOLS AT PATULOY NA PAG-INGATAN ANG KALUSUGAN” - ANGARA
Statement of Committee on Finance Chairman, Sen. Sonny Angara on the signing of the 2022 GAA
Angara reminds PhilHealth of their obligations to the public
Angara: Don’t let vaccines go to waste-- Allow booster shots for private sector workers
Threat of Omicron highlights need to improve biosurveillance and genome sequencing capabilities—Angara
SEN. ANGARA ON THE THREAT OF HOSPITALS TO WITHDRAW FROM PHILHEALTH SYSTEM BECAUSE OF DELAYED REIMBURSMENTS OF CLAIMS:
Angara: Decline in COVID cases should not result in complacency
Angara: Go the extra mile to vaccinate our senior citizens
Angara to DOLE: Targeted interventions needed to ensure no one is left behind
It’s about time to rebuild the homes of the people of Marawi—Angara
Angara: Benefits for health workers should continue while the COVID pandemic is in place
Angara urges youth impacted by COVID to avail of jobs under the Expanded SPES Law
Angara: The national budget must be able to keep pace with COVID-19
Angara hopes to finally see the passage of the Magna Carta of Filipino Seafarers
Angara: Move towards digital payments welcome to all sectors
Angara tells DOH to speed up hiring of doctors and nurses for public hospitals
Angara to DOH: Provide health workers with hazard allowance as mandated by law
END_OF_DOCUMENT_TOKEN_TO_BE_REPLACED