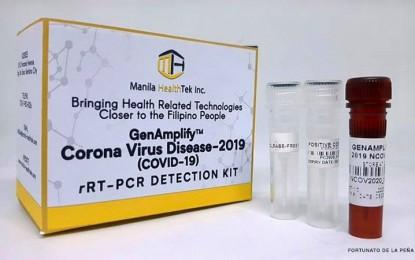 In order to contain the spread of COVID-19 faster, Senator Sonny Angara said the government must speed up the implementation of mass and random testing, particularly at the community level.

There are now 5,878 cases of COVID-19 in the country and the figure is expected to go up further as more tests are conducted by the Department of Health (DOH) and the local government units.

Angara aired his concern about how many COVID-19 cases are not being detected and are still spreading the virus at their communities.

Around 18 to 20 percent of COVID-19 carriers are asymptomatic, meaning they show none of the symptoms common to the virus.

At present, the DOH-certified laboratories can only test up to 4,000 a day so they are prioritizing those who are severely ill, vulnerable and those with pre-existing health conditions.

The DOH has stated that it is working on shifting from a risk-based to progressive testing for COVID-19.

Due to the limitations, individuals who are asymptomatic are not being tested.

Once the capacity of the DOH-certified labs is able to hit 8,000 a day, then even the asymptomatic individuals, including the frontliners can be tested.

For testing of the asymptomatic cases, Angara said that particular focus should be placed on crowded areas such as markets and jails where the spread of the virus is easier and uncontrolled.

The Bureau of Jail Management and Penology (BJMP) announced last Friday that nine Quezon City jail detainees and nine of its own personnel have tested positive for COVID-19.

“We all know that our jails are overcrowded. In fact, the data shows that the congestion rate of the BJMP jails is at 534%. Under such conditions, once a detainee is infected, containing the spread of the virus will be very difficult,” Angara said.

Among the recommendations made by Angara in the comments of Congress on the third report of the President on the implementation of the Bayanihan We Heal as One Act, are that separate facilities should be provided for new and old detainees with COVID-19 concerns; the temporary release of bailable, non-violent and first-time offenders; and the early release of the most vulnerable detainees and those with minor offenses.

“Apart from our jails, we should also pay close attention to the other high-risk environments such as the nursing homes for the elderly and the dorms of migrant workers. With massive and random testing, we will be able to contain the virus and get our lives back to normal faster,” Angara said.

INCOMING DBM SECRETARY NI PBBM, HIGHLY-QUALIFED, MAY MAIPAGMAMALAKING TRACK-RECORD -- ANGARA
Statement of Sen. Sonny Angara on the Appointment of Amenah Pangandaman as DBM Secretary
PDIC charter amendments for a stronger and more resilient banking system—Angara
Kaugnay sa muling paglobo ng COVID cases sa bansa: “MAGPABAKUNA, SUMUNOD SA HEALTH PROTOCOLS AT PATULOY NA PAG-INGATAN ANG KALUSUGAN” - ANGARA
Statement of Committee on Finance Chairman, Sen. Sonny Angara on the signing of the 2022 GAA
Angara reminds PhilHealth of their obligations to the public
Angara: Don’t let vaccines go to waste-- Allow booster shots for private sector workers
Threat of Omicron highlights need to improve biosurveillance and genome sequencing capabilities—Angara
SEN. ANGARA ON THE THREAT OF HOSPITALS TO WITHDRAW FROM PHILHEALTH SYSTEM BECAUSE OF DELAYED REIMBURSMENTS OF CLAIMS:
Angara: Decline in COVID cases should not result in complacency
Angara: Go the extra mile to vaccinate our senior citizens
Angara to DOLE: Targeted interventions needed to ensure no one is left behind
It’s about time to rebuild the homes of the people of Marawi—Angara
Angara: Benefits for health workers should continue while the COVID pandemic is in place
Angara urges youth impacted by COVID to avail of jobs under the Expanded SPES Law
Angara: The national budget must be able to keep pace with COVID-19
Angara hopes to finally see the passage of the Magna Carta of Filipino Seafarers
Angara: Move towards digital payments welcome to all sectors
Angara tells DOH to speed up hiring of doctors and nurses for public hospitals
Angara to DOH: Provide health workers with hazard allowance as mandated by law
END_OF_DOCUMENT_TOKEN_TO_BE_REPLACED